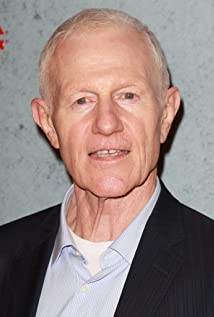 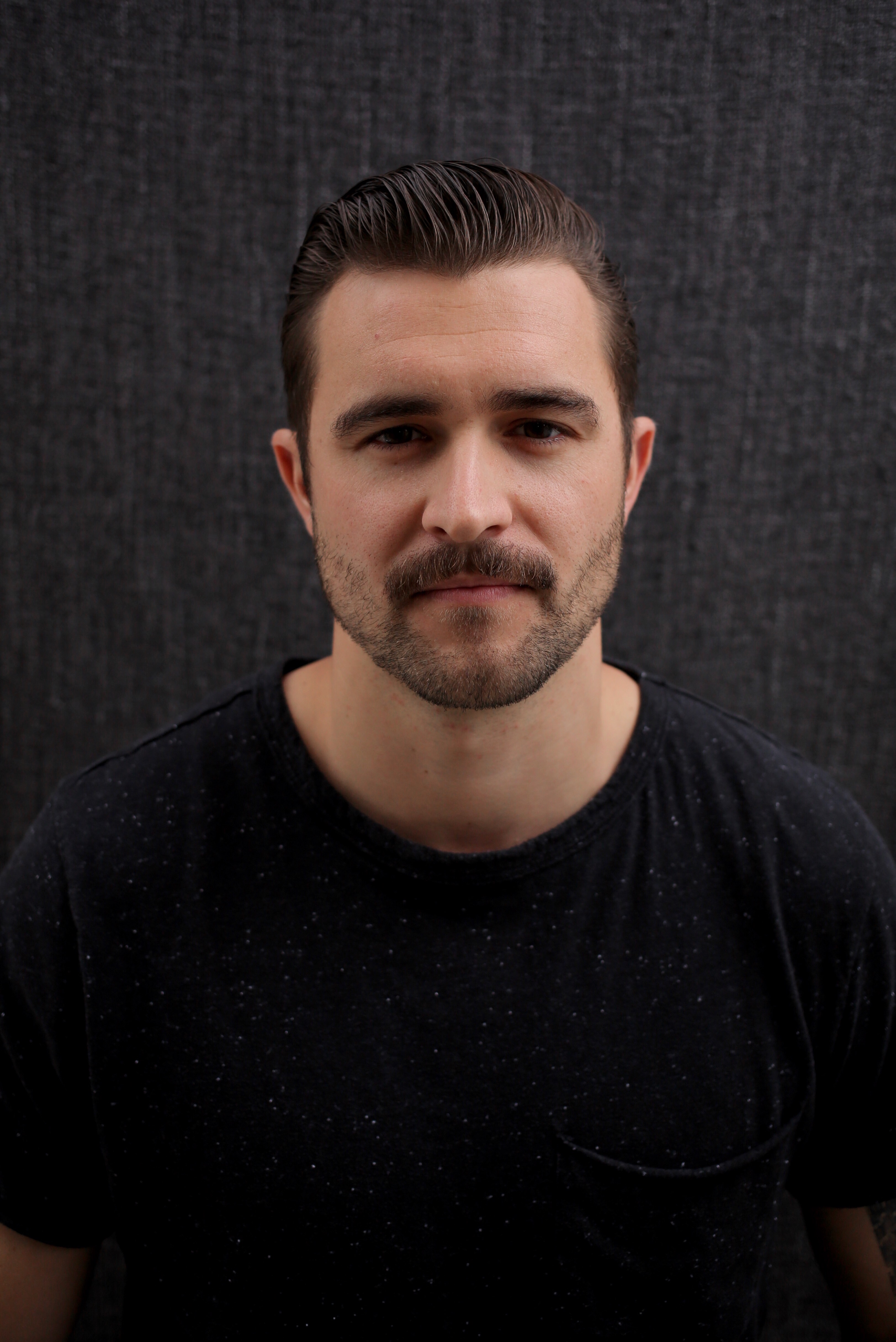 John Hibey As Johnny Gage aka The Man in Black

Raymond J. Barry was born in New York, and attended Brown University, where he was a star athlete in football, basketball, and track. While there, he earned his degree in Philosophy and as a senior, was cast in the stage production of "Picnic," where he played a football player. He then entered the Yale Drama School and after completing, acted in the Broadway play "The Leaf People." Ray has appeared in over 100 plays and has starred in such films as Falling Down (1993), Dead Man Walking (1995), Training Day (2001), Just Married (2003), and Walk Hard: The Dewey Cox Story (2007) as well as numerous TV series such as Justified (2010-2015), Gotham (2014-2019), and Shooter (2016-2018).

Austan Wheeler is known for his villainous role as the dreadful, drunken Health Russell in ID channels’ Betrayed; season four episode seven. He appeared in the first episode of the Wild West Chronicles debut on the INSP channel, where he played the part of Emmitt. Austan’s earlier stage work consisted of roles such as Tom Giles in Meredith Wilson’s, The Music Man and the role of The Valet in Jean-Paul Sartre’s, No Exit. His upcoming break out role as Lars in James T North IV’s film, Filthy Animals, will reveal the next up incoming actor we will all expect great things from. Austan was trained in the Film and Television Department at Point Loma Nazarene University where he also minored in Theater under the teachings of Walter Williams. From there, Austan returned to L.A. to study under the teachings of John Homa and Jeff Dockweiler at JH Productions where he states, “I finally realized what acting was really all about”. -Austan Wheeler Austan also starred in roles in other eclectic works such as the staunch, religious father in Scott Alexander Naar’s short film, UMBRA, as well as his role as the cult leader Joshua in Emily Arendt’s short film, Benjamin’s Box. His role as the villainous anchor man in Amad Al-Naimi ‘s, Pacifico Express, added another notch to his villain-based resume. “I love playing villains. I feel I have more freedom because they, themselves, have no rules which makes the creative process absolutely my favorite thing.” -Austan Wheeler

Ryan Patrick Brown is an actor, known for Filthy Animals (2021).

Mena Santos is an actress, known for Around the Way Girls (2019), The Astrid Experience and Filthy Animals (2021).

Peter Larney most recently appeared in the short film Housecall. Directed by Josh Soskin, the film was awarded the Grand Prix at the 2020 Tres Court International Film Festival in Paris, France. A follower of the late Roy London, Larney cultivates a philosophy of performance grounded in intuition, spontaneity, and basic human drives. Other recent work includes the short film Last Words from the Famulari brothers, the forthcoming short film Delilah, directed by Matthew Sullivan, as well as numerous commercials. Larney also plays saxophone in the folk punk band New Elvis. In a former life he was an artisan baker, producing everything from pretzels to croissants to sourdough bread. He is currently learning to speak Vietnamese.

Corinne an Actor, Writer and Digital Content Creator. She is a company member of Sacred Fools Theater, Company of Angels Theater, Pack Theater and Color Collective Comedy. Select credits include: TELEVISION: Code Black (CBS), Young & The Restless (CBS), Switched at Birth (Freeform), Reno 911! (Comedy Central), Awesomeness TV (Nickelodeon), VR Troopers (Saban). FILM: Collateral (Paramount), Temps (RKM29), Filthy Animals (Northway), Paulie Go! (Paulie’s Film). THEATER: Rose & The Rime, Akuma-shin, The Birds (Sacred Fools Theater); TomorrowLAnd, Sanctuary, CriminalEyes (Company of Angels); Los Angeles Fringe Festival (Color Collective). Corinne is originally from San Francisco and studied at The American Conservatory Theater, East West Players Conservatory, and UCLA's School of TFT. She is an improv graduate of UCB and the Pack Theater, where she was on the ​Decon house team. A past participant in Fox Television’s Diversity Writers Program, Corinne completed the sketch comedy program at ACME and was a weekly performing company member for over three years. She is currently the Director of Comedy and Community Programming at Company of Angels Theater. Corinne is a transmedia storyteller and is currently working as the Showrunner on a collaborative production between Impro Theatre and Company of Angels Theater. Her previous production, “Umamiya”, was showcased at the Digitas NewFront, where she was invited to join the agency’s creative talent roster. Additionally, her limited digital series, “Shaolin Lion Master”, produced in collaboration with AIB Sportsbrands Studio, is now available on the MORE streaming platform in China. ARTIST’S STATEMENT: Humor is a way to start conversations. It's disarming, stimulating and interactive. I use comedy to write, perform and produce stories for the theatrical and transmedia stages. Through my work, I reflect Asian Pacific Islander American experiences that extend beyond superficial stereotypes. My work reflects the strength and complexity of a community that, at great sacrifice, built roots over time to contribute to the landscape of America.

As Johnny Gage aka The Man in Black

Mentored by Marta Beckett at a young age, Kenneth Best fell in love with the arts. His journey would include working as a radio personality, musician, gunfighter, stunt performer and teaching Theatre Arts at prestigious schools. With Kenneth's experience as a writer, director, and instructor in theatre, he has a great understanding of character and story, and loves collaborating with filmmakers to best capture their vision. His interests led him to music, and he spent his early 20's touring in rock bands playing drums and singing. He was heard for many years as an on-air talent at several radio stations in the high desert, as well as had his own mobile DJ business. In the late 90's Kenneth could be found dying in the streets daily as a resident Gunfighter and Stuntman at Calico Ghost Town. There he produced, performed and directed event shows. He was known to many around the world for his character, Monk. Kenneth joined the Mojave Muleskinners, a traveling Gun-fighting skit show touring the Southwest, and featured in Guns and Arizona Highways magazines. In 2000, Kenneth returned to college, working in Technical, Stagecraft, and Performance arenas while forming Best Actors Workshops, teaching as an acting coach. In 2002 he received an Irene Ryan nomination in the Kennedy Center competitions for his work as, Big Daddy, in 'Cat on a Hot Tin Roof.' With the success of his workshops and shows, Kenneth was sought out and offered teaching positions at the private, Einstein Academy and prestigious Academy for Academic Excellence Charter schools, working with gifted students. After working at the schools he produced and performed with Seniors and the Handicapable, at Silver Lakes Entertainers. His past performing history is in festival films and commercials, as well as many community theatre productions. After a short hiatus, Kenneth, now 61, has returned to his craft and is enjoying performing in character roles in Indy Films.

Luke Wessman is a tattoo artist and an actor, known for Filthy Animals (2021).